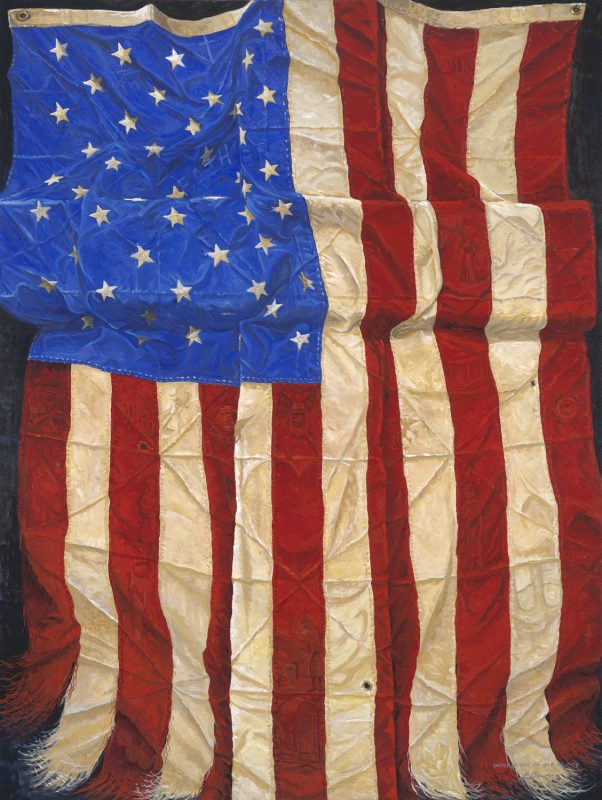 Blessed is the nation whose God is the Lord.Psalm 33:12

“Old Glory” appears to float in the darkness, suspended only by the cross on which it rests. Its battle colors, tatters and bullet holes speak of the great battle raging for the soul of our nation. Through the symbolism that has been used at a flag folding ceremony, “Impressions of Old Glory” represents the principles of faith on which our country was founded. Beginning at the lower portion of the painting and progressing upward, the 25 hidden symbols in the painting depict the meaning of each fold of the flag during a flag folding ceremony. 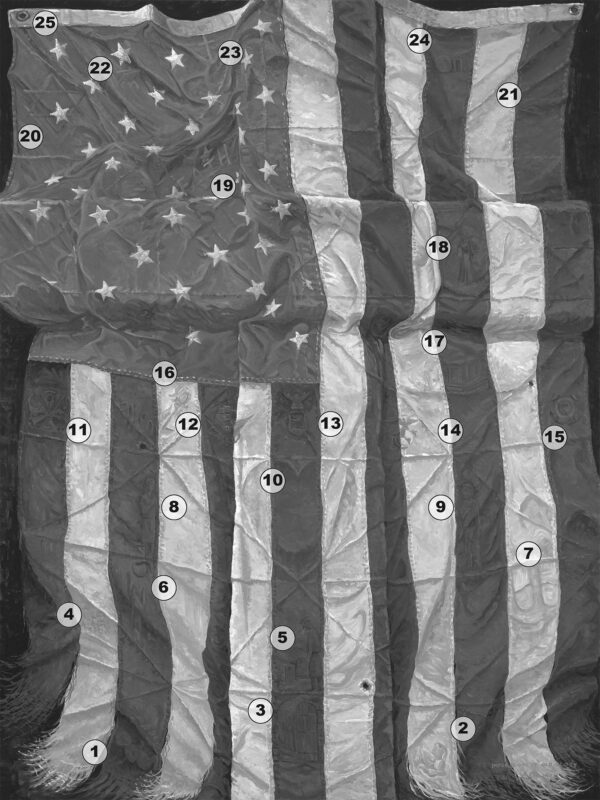 The flag-folding ceremony represents the same religious principles on which our great country was originally founded.

The portion of the flag denoting honor is the canton of blue containing the stars representing states our veterans served in uniform. The canton field of blue dresses from left to right and is inverted only when draped as a pall on the casket of a veteran who has served our country honorably in uniform.

In the U.S. Armed Forces, at the ceremony of retreat, the flag is lowered, folded in a triangle fold and kept under watch throughout the night as a tribute to our nation’s honored dead. The next morning it is brought out and, at the ceremony of reveille, run aloft as a symbol of our belief in the resurrection of the body.

After the flag is completely folded and tucked in, it has the appearance of a cocked hat, ever reminding us of the soldiers who served under Gen. George Washington and the sailors and Marines who served under Capt. John Paul Jones and were followed by their comrades and shipmates in the U.S. Armed Forces, preserving for us the rights, privileges and freedoms we enjoy today.

The source and the date of origin of this Flag Folding Procedure is unknown, however some sources attribute it to the Gold Star Mothers of America while others to an Air Force chaplain stationed at the United States Air Force Academy. Others consider it to be an urban legend. It is provided as a patriotic service to all. 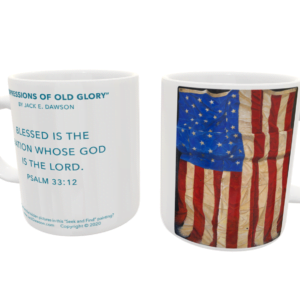 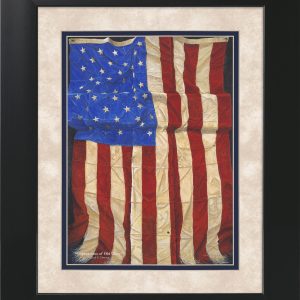 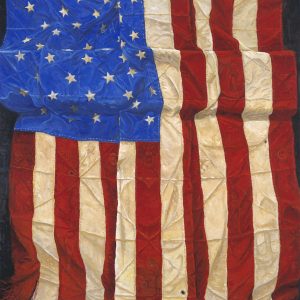 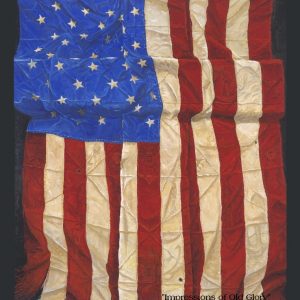 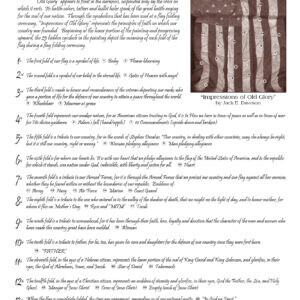 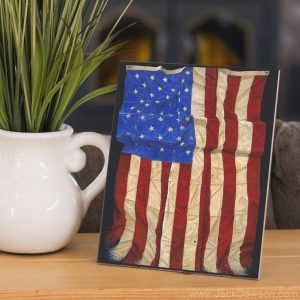 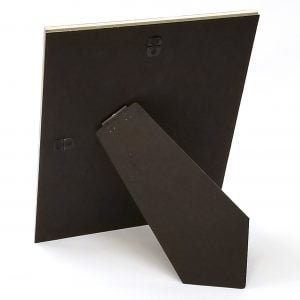