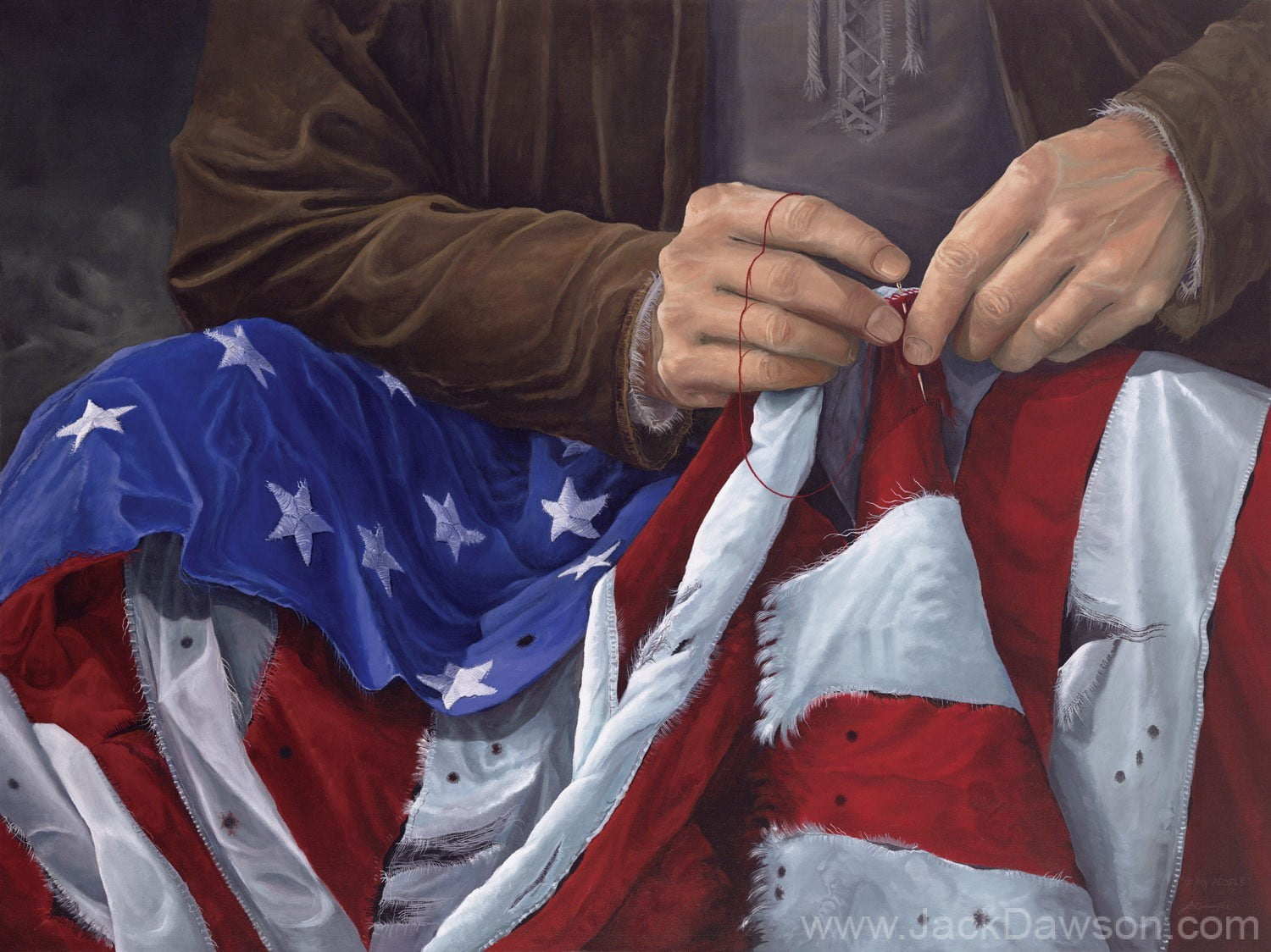 If my people, which are called by my name, shall humble themselves, and pray, and seek my face, and turn from their wicked ways; then will I hear from heaven, and will forgive their sin, and will heal their land. 2 Chronicles 7:14

The artist had originally thought the hands mending the flag would be a founding father, but as he sketched the original painting his mind was drawn to the scars of Christ and His promise in 2 Chronicles 7:14. Here the nail-scarred hands of Jesus mend our flag, just as His tender hands will mend the heart of our nation if His people pray! The tattered flag speaks of neglect and unconcern for our founding principles as bullet holes proclaim the spiritual and physical warfare waged for our freedom. One blood-tinged hole symbolizes the sacrifice of the flag bearer. The image of an unborn child testifies that life is precious at any age, but notice that the face of evil rises in the smoke of the Twin Towers. Though we live in a world of violence and tragedy, the crimson thread that brings wholeness to the flag illustrates the hope and healing brought by the crimson thread of His death, burial and resurrection that is woven throughout the Bible. Can you see His people praying in the flag? Are you praying and seeking His face? He promises if we do, He will hear and forgive and heal our land. 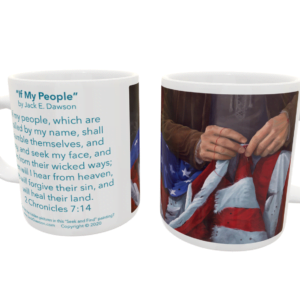 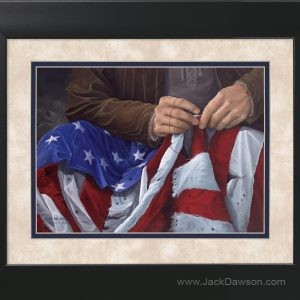 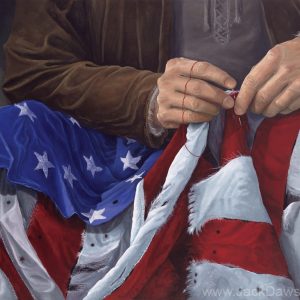 If My People – Fine Art Prints 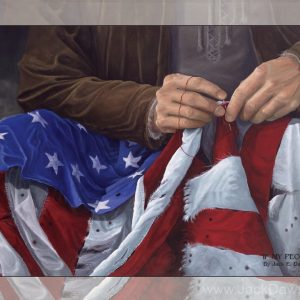 If My People – Note Cards 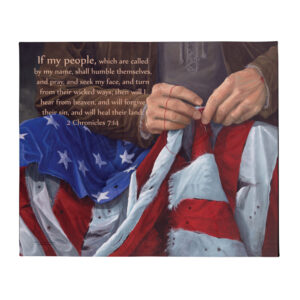 If My People – Throw Blanket 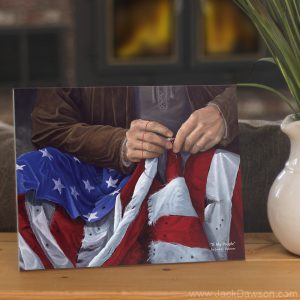 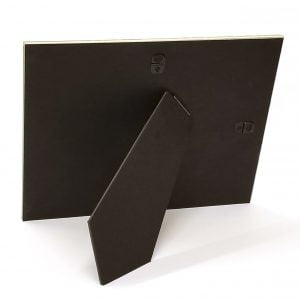 If My People – Tile